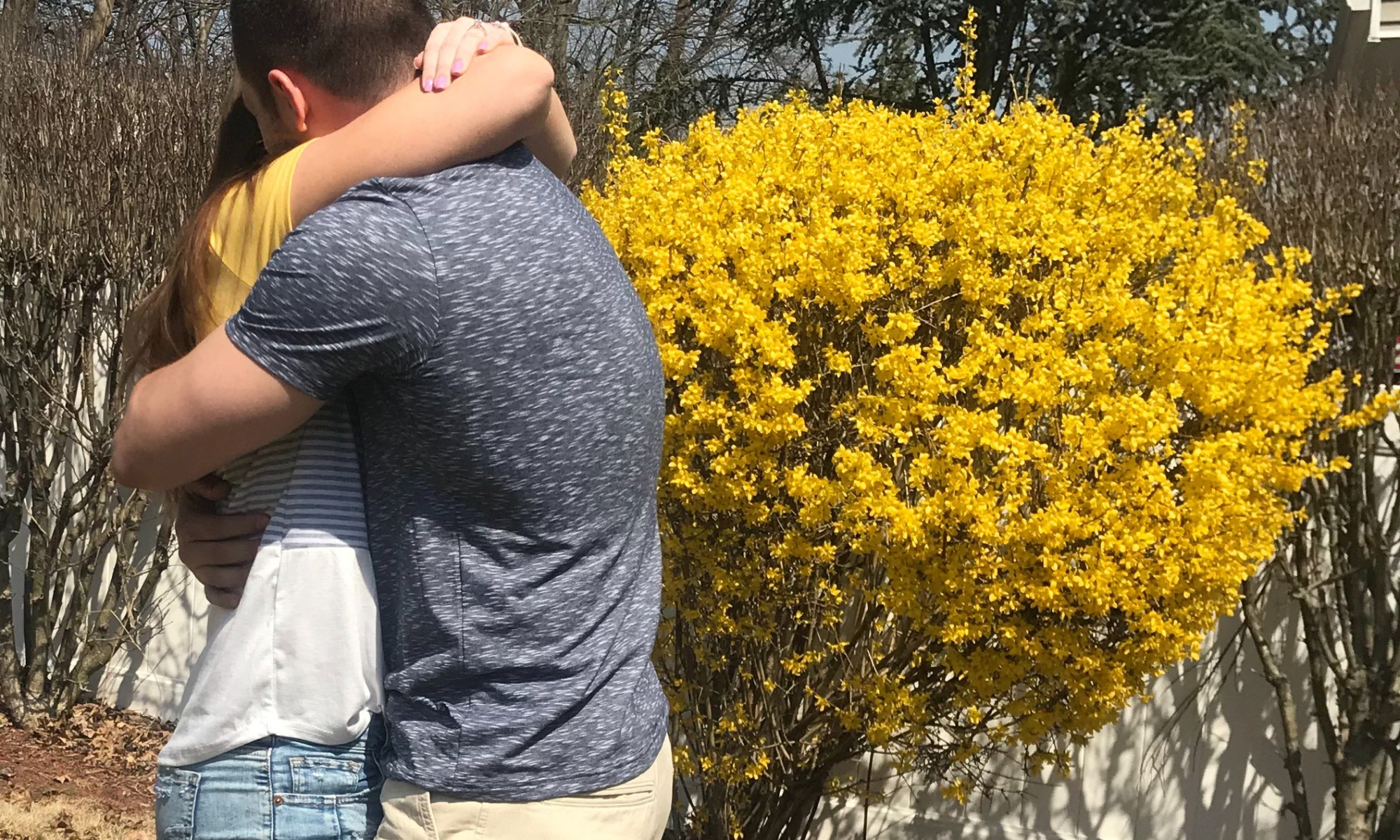 How do I not write a blog post announcing that, we’re engaged!?

After 6 years of dating, my gorgeous ball and chain asked me to be his wife.

Every girl dreams about what this day will look like. They envision it, they plan it, they wait for it. I wish I could say I was patient, but I definitely was a sassy little thing, constantly making comments about NOT being engaged. Of course, I always thought about how he would do it, who would know, where would it be, what would the ring look like.

It was everything I could imagine and more. He got down on one knee at our best friends’ home, in front of all of our most treasured friends, and told me “it’s the easiest decision I’ve ever made”. He also started with “I know we haven’t been dating too long so this is probably a little bit of a surprise to you”. Cracking jokes while purposing – just another reason I’m going to make this man my husband.

All of my friends knew about it for at least a week. One of my best friends even went to dinner with me the night before and had to listen about me talk about it, and still kept a straight face. She also talked to me all week about rings, just to get me all pissy, so they could all have a laugh at me in their group chat. Little shits. Give the girl an academy award because I had no idea. My other best friend had to sit across from my mother, and listen to HER talk about it, and keep it from her. I guess my mother and I were getting impatient…

I swore I would know when it was the day because he would be so nervous and awkward – he wasn’t. He was cool as a cucumber (to me anyway, he apparently was nervous as all hell). I wasn’t sure if I would cry – I did. A lot. I also would not have guessed it would be in front of other people – it was, and it was perfect. I thought my mother knew, so I called her thinking she was waiting for the phone call. It was also a surprise to her, which was such an awesome moment to share. Of course I was so happy to call my family and friends to tell them the good news. Most of them cried too, which just meant I cried more.

Once the phone calls and initial cheers were over, I hid in the bathroom for about five minutes to take it in. I stared at the beautiful ring on my finger. About an hour later, my fiancé and I both hid in the bathroom (don’t worry Mom, no funny business) and just took it all in together. I told him over and over again how perfect the ring was, how perfect the day was, and how perfect he is. He also coined the term “yoncé”, which is how we have referred to each other for the last five days. I think my favorite part was after we got home from the BBQ, we laid in bed and he told me the details of how they planned it, getting the ring, talking to my dad, making sure my nails were done (LOL). Just knowing he did all of it to surprise me, just made me more in awe of him.

We said we wouldn’t plan for a couple days. He mostly meant “don’t be crazy and plan everything”. But it’s SO hard not to! Venues, dresses, bridal party, guest list. How do I not think about it every second of the day? I want to shout it from a mountain top.

So here we are, engaged and loving every second of it. I have a perfect ring, amazing friends, and the most incredible fiancé. Now I’m going to go research venues, cheers!

One Reply to “Engagement!”