Ok – It’s been five days since the NFL broke the internet (and the radio, and the news). I wrote a post this past Monday in regards to the NFL taking a knee, which I deleted like 10 hours later. I deleted it because my opinion differed from so many of my friends and family (I received several texts to remind me) and I was scared to make them think differently of me. But now, I regret deleting it. Because five days later, I still feel the same way and still want to write about it. Because it’s freaking everywhere and everyone has their opinions. Yesterday someone told me that I’m a good writer, and just because someone may not agree with what I wrote, doesn’t mean it should ever be deleted. So thank you, I’ll remember that.

ANYWAY. People are really getting fired up over this. And as I sit here and laugh, let me remind you, THAT’S THE WHOLE POINT of a protest. To make people uncomfortable and talk about controversial shit. They’re getting your attention and making everyone talk about it. Maybe you think that professional sports should leave politics alone. But hello, professional athletes have one of the biggest stages in the world. Of course they’re going to use it for things that matter to them. Maybe they should focus on domestic violence?? Sorry – not the time.

Now, the part of my deleted post that upset people, was that I support the players in their protest. Let me say, as I did before, I personally wish they would not kneel during the national anthem. I do think linking arms showed great unity in a respectful way, and thought they showed a great demonstration of coming together as teams. HOWEVER, this is a free country. That’s what that flag and our national anthem represent. That’s what our military has fought for. So, these players literally have the right to do this. They have the right to protest something that matters to them. We as fans have the right to not support our teams if they participate in it. We all have the right. I personally thought it was cool that the Dallas Cowboys made it a point to kneel before the national anthem, making a clear statement.

I also think it’s important to say that Sunday’s protest across the board didn’t have anything to do with the original Colin Kaepernick kneel. NFL players, owners, managers – they all came together to give a big F U to Donald Trump. THAT’S IT. (Side note, everyone should seriously be bothered by our President calling someone a “son of a bitch” on national television – no matter your point of view on the kneeling). Why NOW is the country going on and on about it being disrespectful to the flag and our veterans? Black athletes have been kneeling for a year over the mistreatment of minorities. Which, honestly, people should have given way more attention from the beginning. And Donald Trump even tried to say it’s not a racial issue…..moving on..

I admire those who are kneeling, or standing, or doing what they believe is the right thing to do. A part of me wishes these players would take this protest off the field and start making moves on making real changes. Because in reality, football is being ruined for me right now because it’s all I have to hear about. I have seen that veterans support it, I have seen veterans feel disrespected. Everyone will continue to feel differently. I have many friends in the military who I would never want to feel disrespected in any way – so I will always stand. But I am anxious to see what happens this Sunday. Last night, the Green Bay Packers and Chicago Bears linked arms on their sidelines, and not a single person knelt or sat. THIS is unity. It literally gave me goosebumps, and inspired me to write this again today. Rodgers said it himself “This is about unity and love and growing together as a society, and starting a conversation around something that may be a little bit uncomfortable for people.” 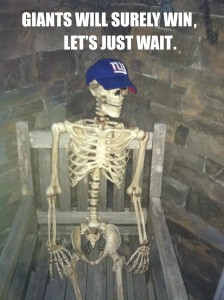